Spider-Man: Lotus star Warden Wayne is facing a lot of backlashes after his previous racist comments surfaced on the media.

Warden Wayne is an actor known for his role of the Spider man in Spider-Man: Lotus.

It is a fan-made and live-action film made with a nonprofit objective to see the world of the Spider-man after the recent movie where Peter Parker tries to control his emotions and surroundings.

The movie was a long-awaited one and the fans were especially hyped for its release.

However, things don’t look too good at this point.

Many people on the internet have found some past racist acts and comments of the main actor, Wayne, and are taking it seriously.

Although the actor made sure to address the situation and apologize for his past self and actions alongside the promise of change towards good, the fans are not so convinced.

On top of that, the director of the film, Gavin J. Konop, is also surrounded by people who are accusing him of casting Warden despite knowing about his past actions.

While the actor has declined about his present self, Warden Wayne from Spider-Man Lotus was heavily involved in racist acts previously.

Warden Wayne
@mrwardenwayne
I’ve been wanting to come forward about this for a long time. Please read. https://t.co/kz42egpAs5 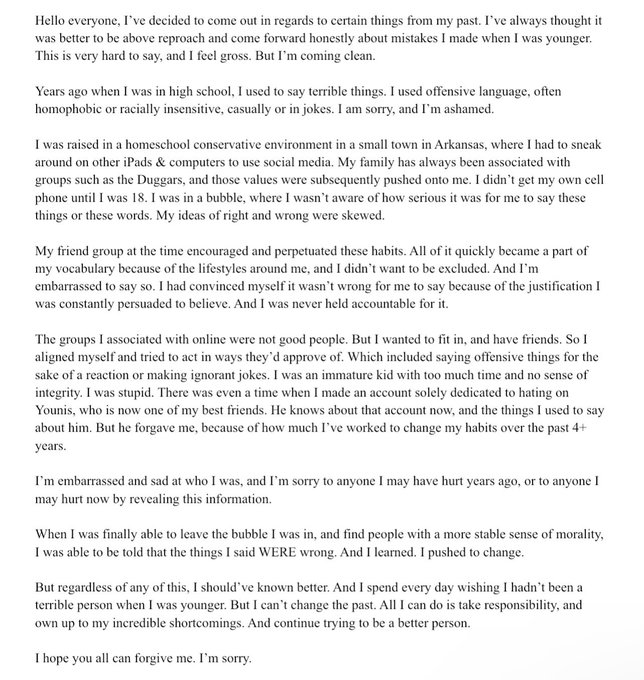 Following the news of the fan film, screenshots of various racial moments and comments of the actor began circulating on social media.

In those snaps, Wayne’s discriminative comments and heavy use of the N-word are visible and the way he responds to some people also comes on as negative.

As it was spreading on a massive scale, the actor himself spoke on the matter and released a statement where he mentioned peer influence, growing-up issues, and other influences of people on his actions.

Despite this, some individuals are still taking out their frustration on Warden as well as the filmmaker Konop.

DIscussing Warden Wayne’s age, he appears to be in his early to mid-20s, probably in the range of 20- 30 years old.

His actual age and other personal life details are not detailed in the media as his Wikipedia is still missing to this date.

But guessing from his onscreen and other appearances, the young actor does seem to be in his 20s.

Still, a rising name in the entertainment industry, Wayne is yet to take on some major projects and shine on the big stage.

So, his Wikipedia is still a pending subject as of this date.

You can find Warden Wayne on Twitter under the user handle @mrwardenwayne.

While his account is not verified, more than 3900 people follow him on this particular social media platform.

Besides Twitter, you can also find the actor on Instagramw with over 19k follwoers.

Apparently, it seems like the man is more active on Twitter and usually interacts with the people on the same platform.

It was on Twitter where the snaps of his racist comments went viral and started circulating all over, collecting criticisms from all over.