What Did Juri Vips Say? A professional formula one driver’s comments have been subjected to the community guidelines during a live stream on Twitch.

Juri Vips is an Estonian racing driver who formerly competed in the FIA Formula 2 Championship with Hitech Grand Prix. The driver started his career in Karting in 2011. He was the winner of the Rotax Junior Estonian Championship in 2013.

However, in 2016 Juri debuted in car racing in Italian F4. Juri’s popular ADAC Formula 4 victory led the racer to a new championship, Formula Three. Presently, the racer plays in Formula One against the best.

In 2022, Juri is a reserve driver for Red Bull and has been partnering with the brand since 2018. However, they have decided to suspend the driver with immediate effect after a controversy.

Juri Vips Comments: What Did He Say On Twitch?

Juri Vips is found in the middle of the controversy after he was found passing racial slurs on the live-streaming platform, Twitch.

The Estonian racing star was enjoying a Twitch stream of a video game, Call of Duty. He was joined by fellow Red Bull junior Liam Lawson in playing the first-person shooting game.

In the heat of action, Juri passed a racial slur in front of his fans during the live stream. Such a statement was unexpected from the viewers as the comment section flooded with critics. 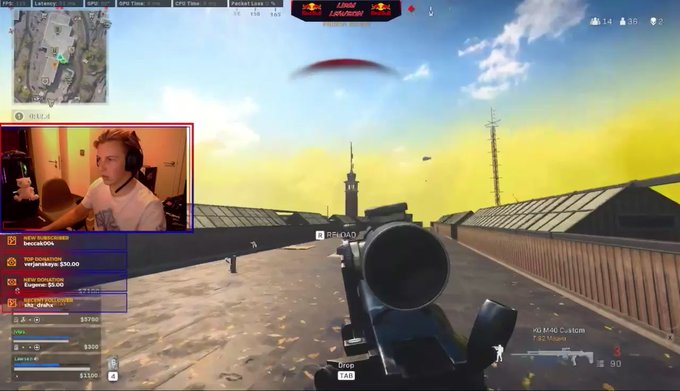 His colleague, Liam was also shocked and replied: “Juri.” However, there were plenty of laughs from the teammates after the slurs, which has made people more offended.

Since then outrage has been found on social sites against the Estonian racer Juri Vips. Some Twitter users are making a meme of the racer by using the caption, “how to destroy your career in a matter of moment”.

Is Juri Vips Racist? Racial Slur History And His Ethnicity

Juri Vips, recently on a live stream passed racial slurs, against the sentiment of colored people. The video is going viral all over the internet.

During a close battle in the game Call of Duty, Juri fashionably killed an enemy. While enjoying the kill Juri passed a racial slur against the opponent. When the athlete realized his mistake, it was too late.

The 21-year-old racer, Juri’s racial slur history remains blank until this incident. The athlete has not described his ethnicity openly in the media. However, he is believed to be of a white ethnic group with deep roots in Europe.

Talking about his nationality, Juri is Estonian and proudly represents his country in the racing field. However, the racer’s career seems to be on deadline.

Read More: Who Is Bowler Erin McCarthy? Everything To Know

Juri Vips Net Worth 2022 Revealed As He Got Suspended

As of now, Juri Vips’s net worth has not been publicly announced. The young sensation is still looking for an experience rather than flaunting his money.

Juri earns a contracted salary as a race driver and was a team member of Red Bull as a reserve driver. However, due to his recent racial slurs, Red Bull has decided to suspend the athlete with an investigation underway.

The racer on the other hand passed on an apology letter through his Instagram. Presently, he is suspended and is no longer part of Red Bull.

The average salary of a racing driver in Formula One is estimated at around 180K dollars annually. However, big names such as Lewis Hamilton earn about 40 million dollars yearly.